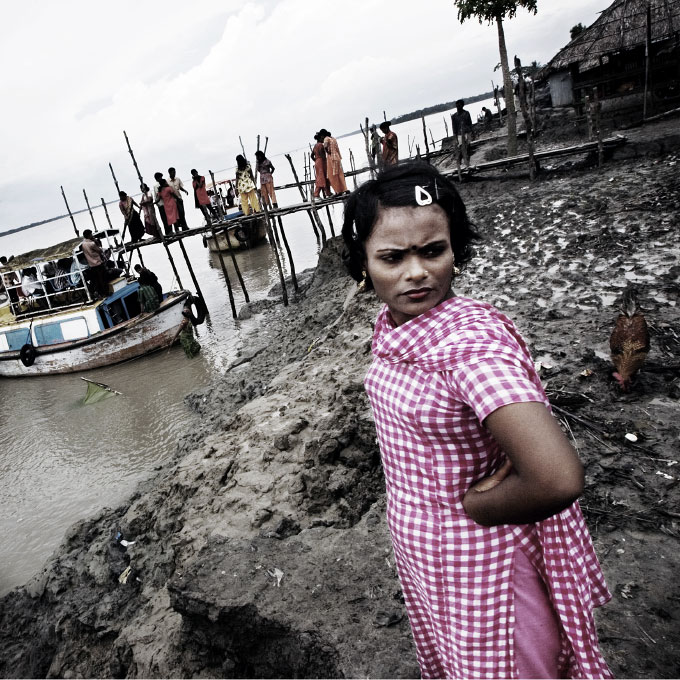 At the pier in Bani Shanta , sex-workers are waiting for customers coming by boat. Bani Shanta is a 600 or 700 hundred populated port village in Pashur river and more than half of the residents are sex-workers, making the life of the village dependant on prostitution job. Although in Bangladesh prostitution is practically legal -- anyone can become sex-worker if over 18 --, some of Bani Shanta’s workers are children and victims of human trafficking. In addition, manyof such sex-workers have children as single mother, and those kids have nearly no future except becoming prostitutes, pimps or drug dealers, since they are likely to grow in the same circumstances without going to school. Bani Shanta, Bangladesh, July 06 2006.