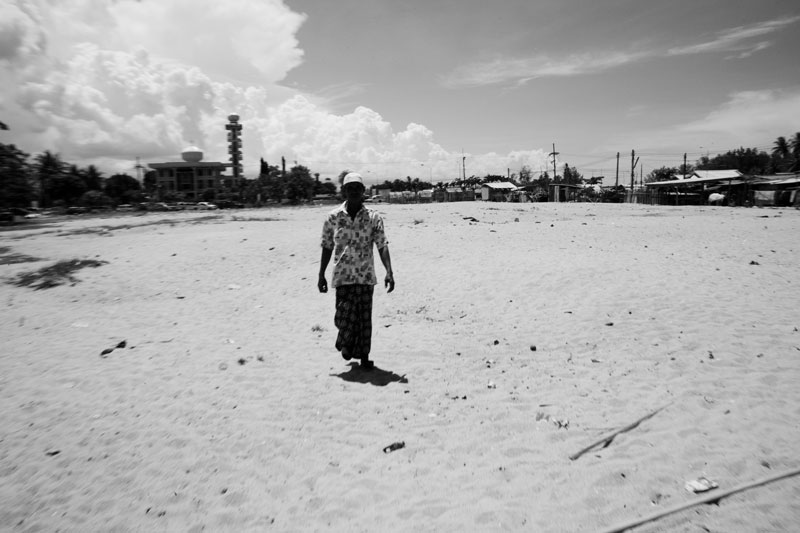 A Thai Muslim is returning to home in a fisherman village after praying at Narathiwat Grand Mosque in South Thailand where the majority is Muslims and they are often in poverty compared to Thai Buddhists. Due to the strong Buddhism identity of Thailand, many southern Muslims feel themselves in limbo and a certain number of the people look for the independence or joining together with Malaysia. Unfortunately the bloody separate insurgency continues. April 11 2008, Narathiwat, Thailand.