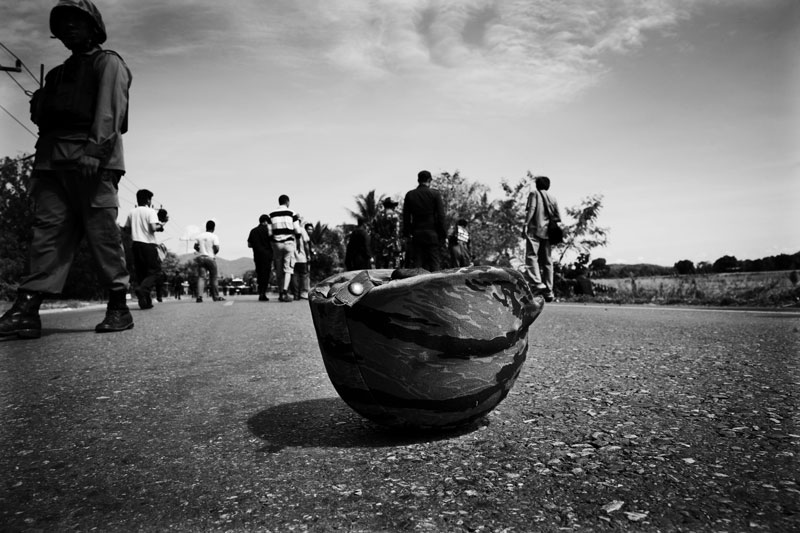 A Thai solider patrols at a site of a roadside bomb blast, in which two rangers were injured and a helmet of a victim was left in Yala province in South Thailand, while Thai forensic experts and local journalists examine the scene. More than 3,000 people have been killed since the latest political violence broke out in the Muslim-majority Thai south in January 2004. The region was an ethnic Malay sultanate until Buddhist Thailand annexed it a century ago, provoking decades of tension.