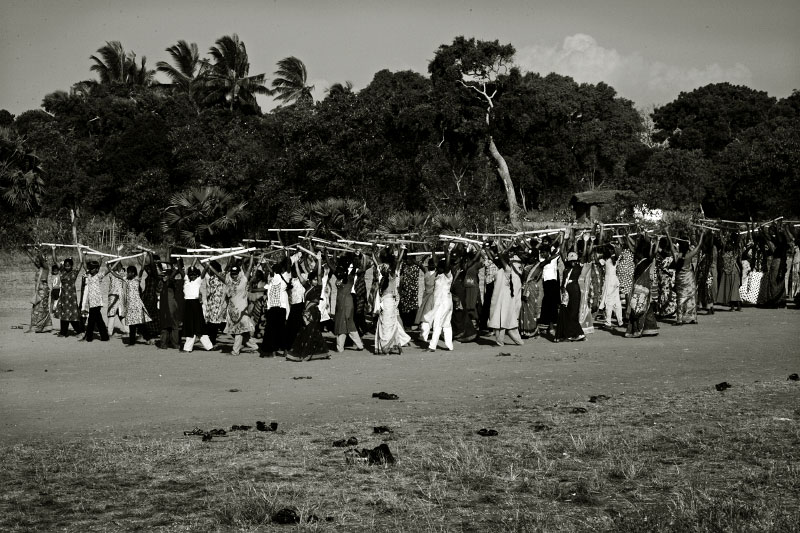 In Kilinochchi, the most stronghold of LTTE, Liberation Tigers of Tamil Eelam , female Tamil civilians take military training with LTTE’s command, as the fresh violence between the government and the rebel has been escalating. Although trainees use logs as guns, LTTE distributes such weapons to their homes. Also some participants come from the government controlled areas, such as capital Colombo, to join the training. Kilinochchi, Sri Lanka, June 13 2006.