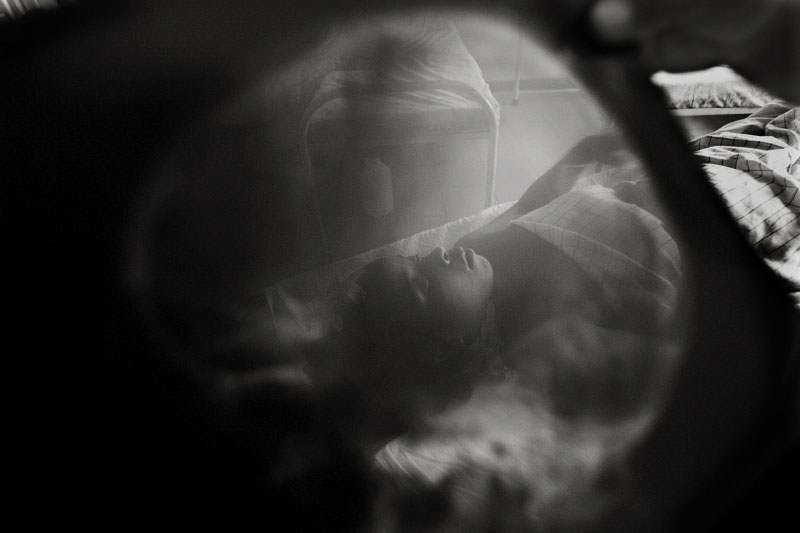 Through an X-ray image of a brain-damaged skull, Nanjula Dilrukch, a 23 y-old victim of the June 15 bus attack, stays in a bed at a hospital in Anuradhpuraq, North Sri Lanka. Holding and checking the X-ray image, the doctor said that the damage would be permanent. The patient also lost her 1 year and half old baby due to the attack, but she did not know. The attack was, then, the biggest tragedy since the 2002 ceasefire agreement. The Sri Lankan government has accused LTTE of the terror, but the Tamil political organization denies the claim. Anuradhpuraq, Sri Lanka, June 15, 2006.