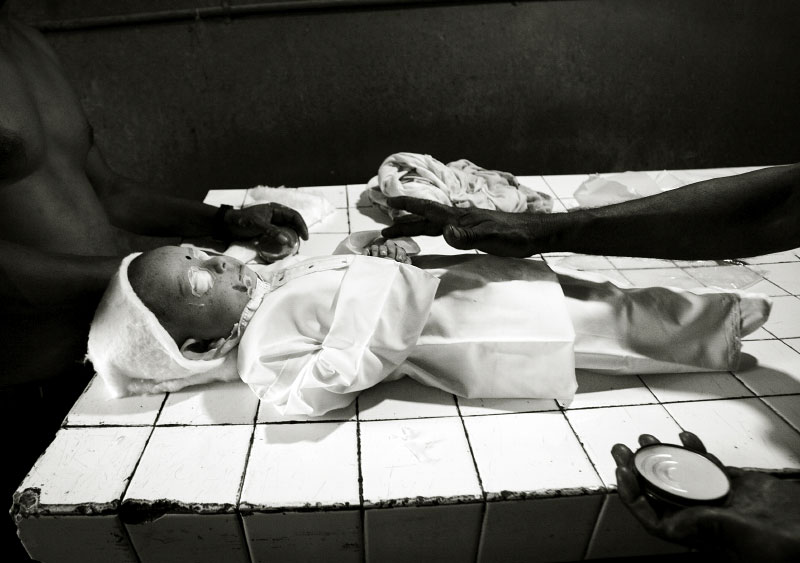 At a funeral home in Anuradhpuraq, North Sri Lanka, funeral workers care a child victim of the June 15 bus attack to prepare for mass burial. The attack was the biggest tragedy since the 2002 ceasefire agreement, although it has nearly been breached for the last six months. The Sri Lankan government accuses LTTE of the terror, but the Tamil political organization denies the claim. And the situation just seems to be at the brink of the restart of war. Sri Lanka, June 16, 2006.