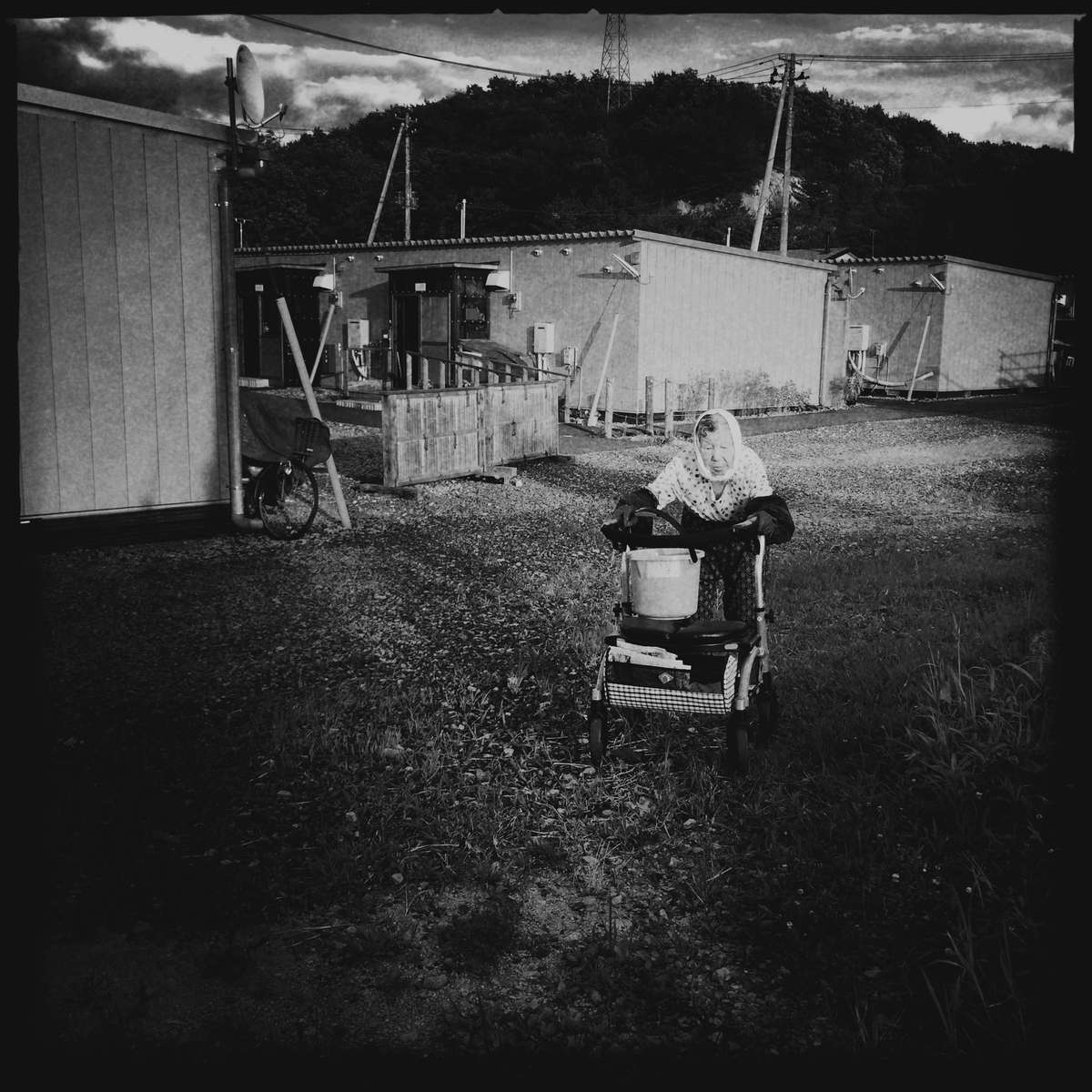 
Fukushima: An elder woman at a compound of temporality housing for the victims/ survivors of the 2011 quake/ tsunami, nuke power plant disaster. They are supposed to have already moved or do so soon to their real home. But since Tokyo, the capital of Japan, won the right to host the 2020 Olympic games, Japan have become the construction boom for it now, and consequently the home construction for the 2011 quake/ tsunami/ nuke power plant disaster survivors has gotten very delayed. It means many of such refugees may not be able to move to the real home in their life, since The majority of the refugees are very old. Shot on July 27, 2014. #fukushima_survivor #fukushima_refugee #tokyo_olympic #latergram