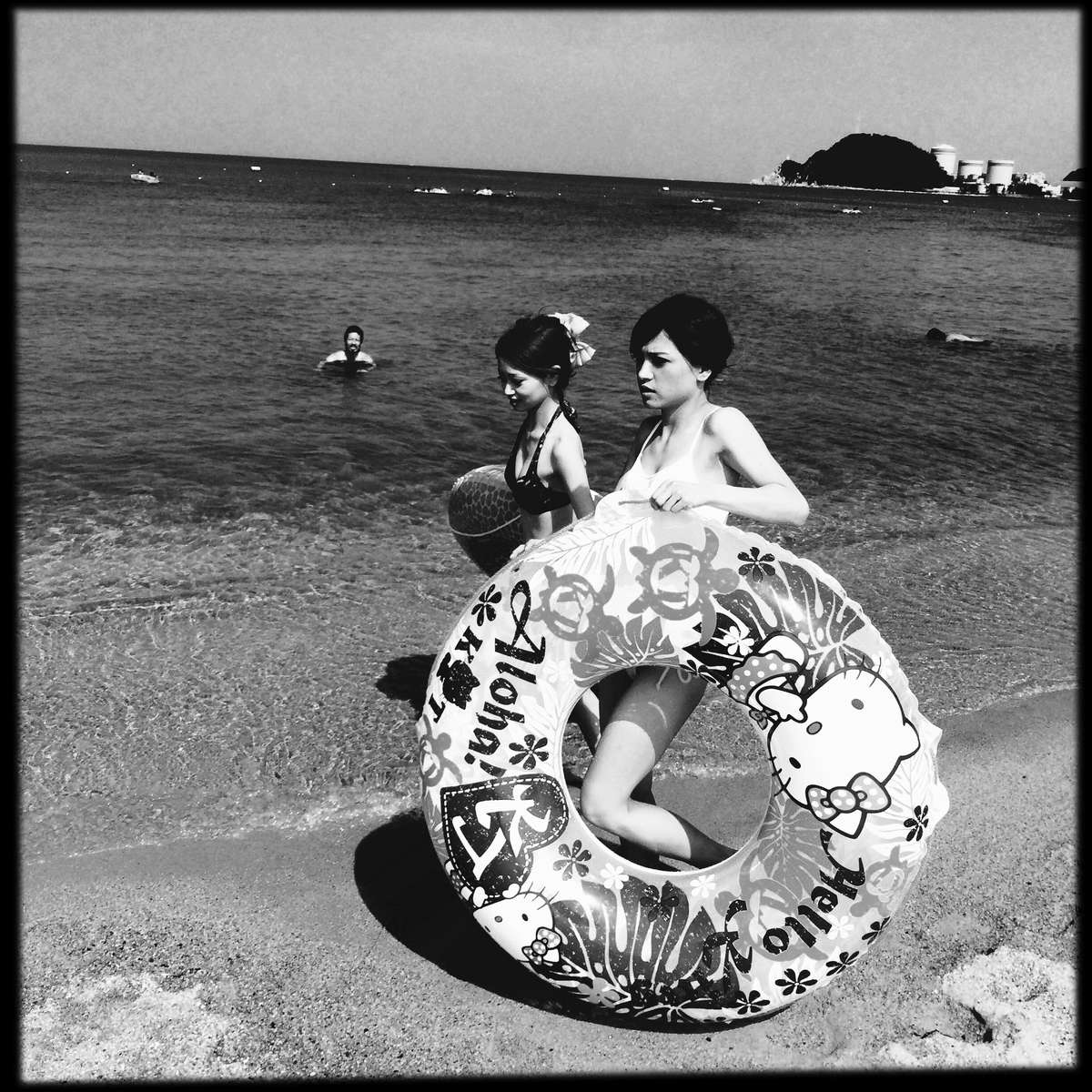 
Japan’s Nuclear Power Plant Belt: This is a series of the coverage for its rural areas that contain nuclear reactors, though all of them are suspended in terms of the operation so far after the 2011 Fukushima disaster. The image: Girls are hanging out at Crystal Beach in Mihama where three nuclear reactors (in the top right) are located. The beach was one of the most famous in Japan. Yet, since 2011, less people have come. Some of beach-related summer jobs in Mihama area were closed. Actually the region, called as Tsuruga in Fukui prefecture, has faced the drastic depopulation and the shrinking of job market for so long time. That was one of the biggest reasons why nuke reactors were created here. Indeed Fukui prefecture is the most nuke reactor-concentrated area in Japan. #japan’s_nuclear_power_plant_belt #mihama #tsuruga #kitty #girl #woman #women #crystal_beach #suishohama #japan #rural_area #countryside #fukui