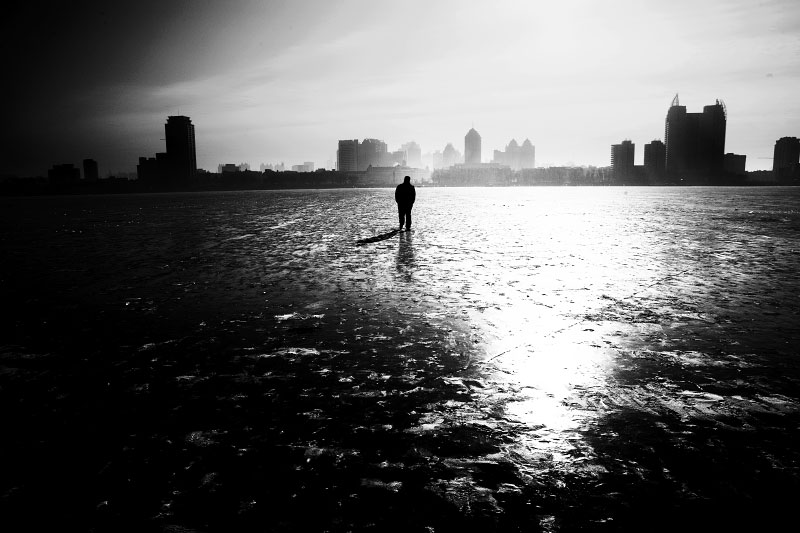 In the morning a man crosses the frozen Songhua river in Harbin, China's frigid remote North East. Harbin was a key town for former Manchuria’s railroad business whose enormous profit was one of the big reasons for the occupations by Russian and then Japan, as well as strong appetite of other power-states. Hirobumi Ito, legendary Japanese politician, who became Japan’s first prime minister, was assassinated At the Harbin Station, in 1909, and it became a significant trigger for the further Japanese militarism.