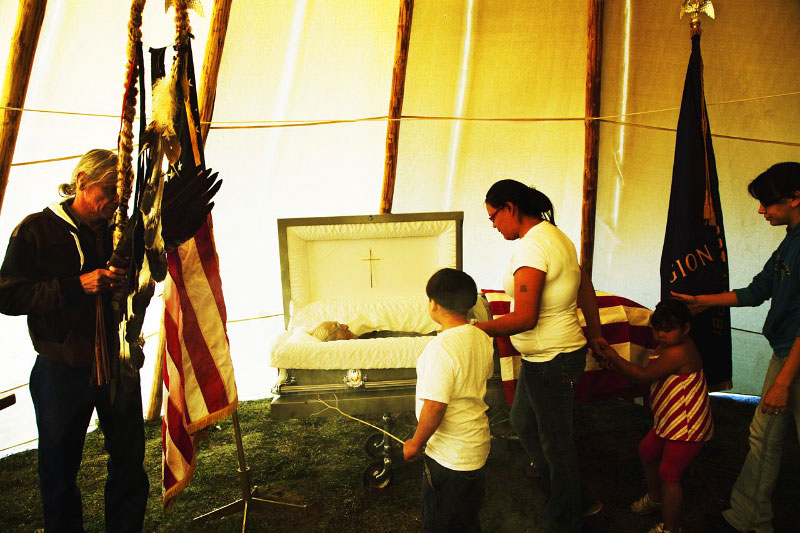 A scene of the funeral service for Vern American Horse, 83 year old Lakota who died due to diabetes. Diabetes is one of the biggest problems in Native American reservations like in Pine Ridge, since the residents have nearly no-choice, unhealthy dietary habits, plus due to the possible radioactive water contamination. (Vern American Horse was a resident in Pine Ridge, but the funeral was held a nearby town of Gordon, Nebraska.) Plus, due to the fact that the practice of native American religious ceremonies had been banned in the late 19 century to the 1970s, many Lakota people are Christians, though now the youths have started to have their own traditional faith.