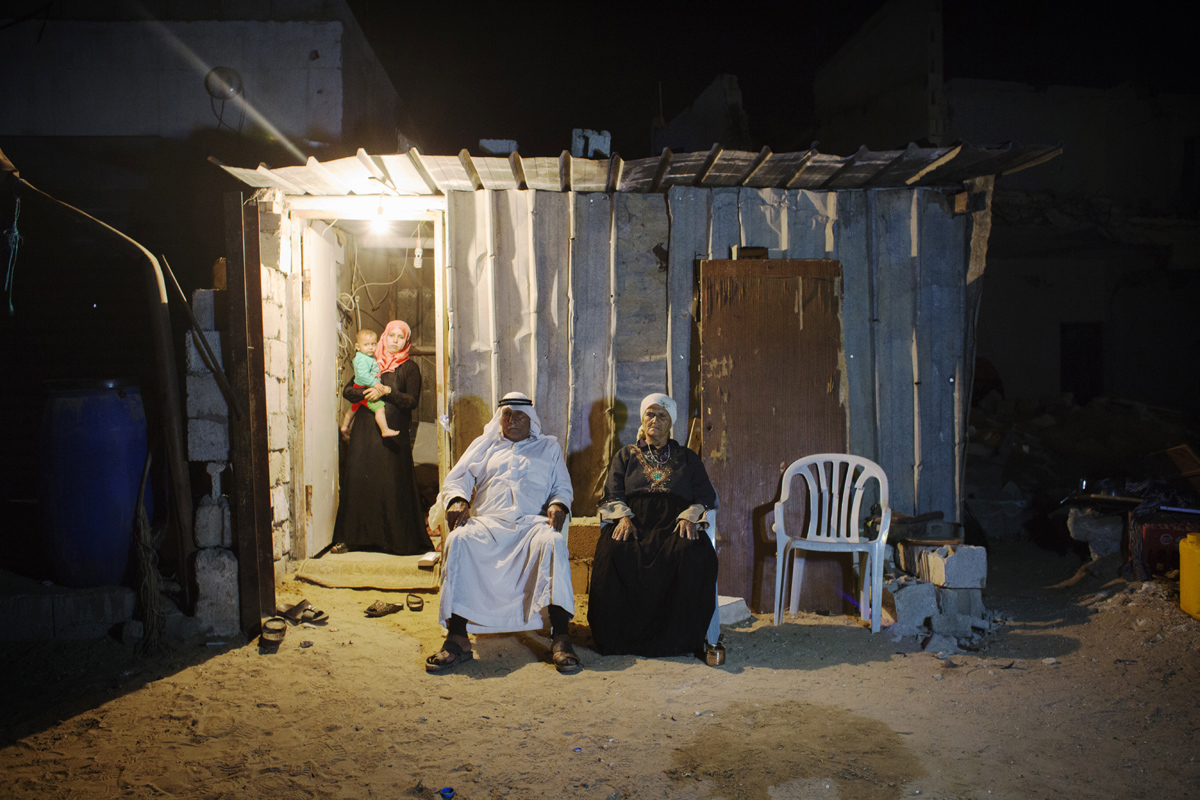 At a shack, Salman Saliman Abu Mutlag, 80, and his wife Marym Hmdan, 67, their grand daughter Hchhtam, 24, and 1 year and half old grand-grand son Qosay pose. They still have to live at their destroyed home compound in Khan Yunis due to Israeli artilleries and bulldozers during the summer’s 50-day war between Israel and Hamas. They cannot leave, since there is no place else for them to move, or too expensive for the rent after the war. Khoza'a in Khan Yunis, Gaza. Oct/05/2014