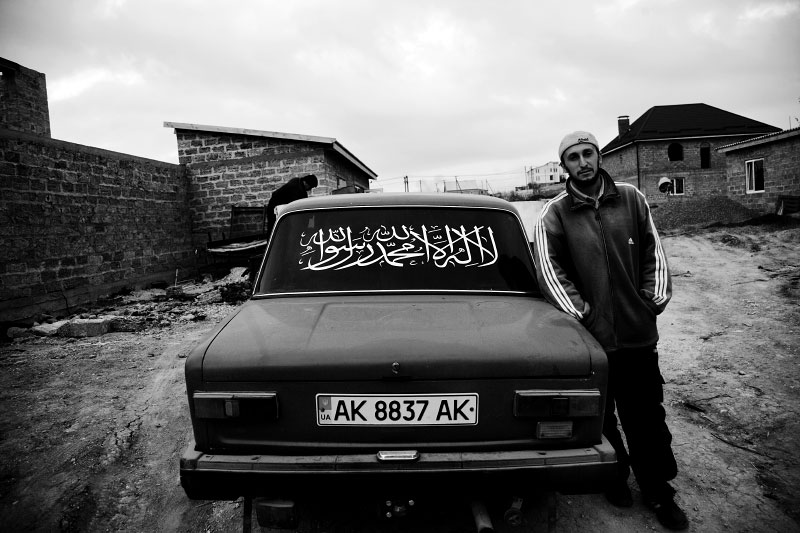 A Crimean Tatar stays next to his car that says "God is great in Arabic," in Simferopol in Crimea. Tatars are minority in Crimea yet they used to virtually have their own country there, and many have come back from the forced exile, and now they demand their autonomy.

Meanwhile, Crimea is an autonomous republic of Ukraine, located in the south of the country on the Black Sea, and the majority is absolutely Russians. Russia has kept remaining the Black Sea Fleet in Sevastopol for over 200 years, even after Ukraine’s 1991 independence. Although the fleet remaining is due to the two country’s agreement, because of the status, Crimea has become one of the Russia-related potential flashpoints. Nov 15 2008.