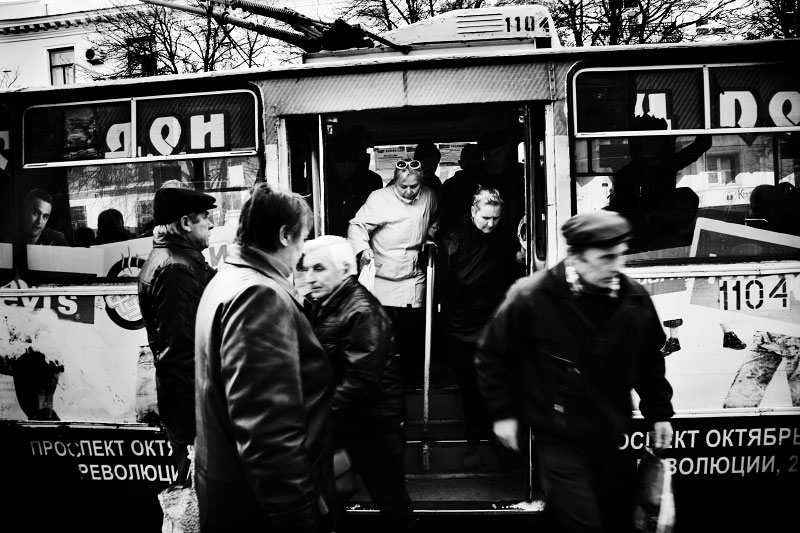 People are getting off a trolley car in Sevastopol. Most Crimean transportation depend on slow trolley cars. It may very hard to develop a new transportation system soon as Ukraine faces economic crisis. Although middle class starts to emerge in Crimea and other parts of Ukraine, still many are struggling for their life, and such reality often becomes one of strong reasons to create pro-Russian tendency. Crimea is an autonomous republic of Ukraine, located in the south of the country on the Black Sea, and the majority is absolutely Russians. Russia has kept remaining the Black Sea Fleet in Sevastopol for over 200 years, even after Ukraine’s 1991 independence. Although the fleet remaining is due to the two country’s agreement, because of the status, Crimea has become one of the Russia-related potential flashpoints. Nov 18 2008.