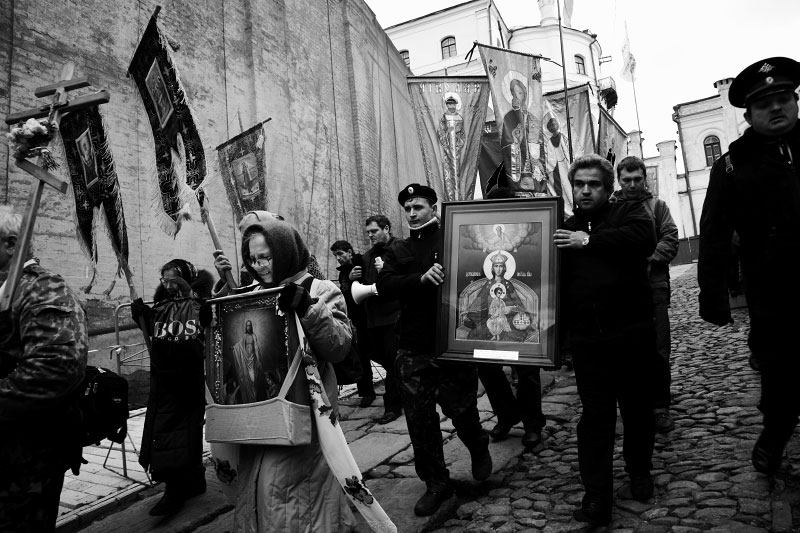 Just outside of Pechersk Lavra Caves Monastery, members of Union of the Russian People, pro-Russian organization, march, denouncing the Ukraine government’s pro West policy. Many of them are poor and old people, yet also it includes young radical ones. After Russia-Georgian war in summer, and as Ukraine starts to face the severe economic crisis, many of the country, not only in Crimea, are looking more toward Russia; or at least the Orange revolution might be in crisis. Kiev, Nov 21 2008.